10 Reasons Why You Should Buy Organic A lot of consumers question whether organic beauty products, candles, food, and textiles are worth the extra cost. The spread of pesticides into our everyday surroundings and products has compelled many people to question their health impacts. In May 2010, a study was released from University of Montreal and Harvard University that was published in the Journal of the American Academy of Pediatrics. It established one of the first connections between the rise of attention-deficit/hyperactive disorder (ADHD) in young people and exposure to pesticides. More than ever, this particular study illustrated the growing attention that was shifting toward the value of organic products. Below, you’ll find the top ten reasons why we believe organic beauty products, candles, food, and textiles are important for our personal health, our communities, and the earth.

Many beauty products and home fragrances contain harmful chemicals that are used to improve the texture of plastic. Phthalates is a group of chemicals that softens plastics so that they are more flexible. Nail polish, perfume, and hair spray often contain harmful phthalates that may act as endocrine disruptors. In a study published in Environmental Health Perspectives, scientists found that exposure to harmful phthalates may increase the risk of breast cancer.

Organic food, including meat and produce, is becoming increasingly popular. The health benefits associated with organic food drive a majority of this growth. Although specific benefits vary based on the food, organic products are overwhelmingly more nutritious. For dairy-lovers, organic milk was found to be richer in antioxidants, as well as omega-3 fatty acids. Not too long after discovering the additional health benefits of organic dairy, researchers at the University of California, Davis used organic tomatoes to draw a connection between numerous health risks and pesticide exposure.

A lot of testing still needs to be performed on genetically modified organisms (GMOs). Scientists are continuing the debate about the true consequences of GMOs; however, early studies have found that consumption of GMOs has resulted in kidney and liver damage in many cases. The long-term health consequences of exposure to pesticides have been enough to encourage over sixty countries to place restrictions on the use of GMOs.

4. Eat Food That Is Ethically Raised

Respecting other sentient beings on the planet, including animals like chickens, cows, and lamb, can impact our spiritual well-being. Free-range chickens, organic, or grass-fed animals are important to consume if you are not vegan, so that you know the animal in front of you had a healthy life. Meat that is not certified organic is often filled with synthetic hormones and fed on GMO corn, which can take its toll on your digestive system and act as an endocrine disruptor.

5. Help The Earth By Eating Foods That Build Healthy Topsoil

Organic farming is not only beneficial because it results in produce that is pesticide-free, but it also helps to build healthy topsoil. Industrial agriculture relies on pesticides and powerful synthetic fertilizers to produce large yields each year. This eventually wears down the topsoil and pollutes rivers and streams with high levels of nitrogen. Organic farming builds healthy topsoil by using natural processes, like composting and animal manure, to grow plants. A lot of small-scale organic farmers use symbiotic relationships between plants and animals, such as chickens, in order to prepare their land each season.

Bees are a crucial part of our food ecosystems because they are responsible for pollinating our plants, which helps them to grow fruit and vegetables. Industrial farms make use of a special class of pesticides called neonicotinoid pesticides, which are effective at preventing insect crop damage. Many environmentalists have expressed concern over the use of neonicotinoid pesticides because they’ve been shown to be toxic to honey bees and bumblebees. In many cases, this pesticide is lethal for honeybees and other pollinators.

If you’ve ever found yourself eating fruits and vegetables wondering why it doesn’t taste like the tomatoes you used to have as a kid, then you’re recognizing a phenomena in which pesticide-treated fruits and vegetables have less flavor than organic ones. The level of antioxidants present in produce affects flavor, including the taste and aroma. A research study published in the British Journal of Nutrition found that organic fruit and vegetables contain higher concentrations of antioxidants and were more flavorful across multiple taste tests.

By producing food and products in organic environments, workers are less exposed to harmful chemicals that may cause cancer or act as endocrine disruptors. Rather than working around the presence of pesticides or synthetic endocrine disruptors, like parabens, workers only come into contact with organic material in the healthiest work environments. Chemicals like phthalates, triclosan, and formaldehyde are found in many different cosmetic products and have been shown to irritate skin, initiate allergic reactions, and correlate to higher risks of cancer. By working in an environment in which these substances are not present, workers are protected against exposure to harsh chemicals.

Industrial agriculture has caused water pollution in many countries due to the use of synthetic nutrients and pesticides. A large amount of animal manure is often held in gigantic waste tanks that leak harmful levels of chemicals and hormones into streams and rivers. High levels of nitrogen and phosphorous from synthetic chemicals can also poison humans and wildlife. These large industrial farms, which aren’t using organic farming methods, threaten the health of important water sources.

10. Protect Your Kids From Harmful Chemicals

Pesticides and synthetic materials impact kids more significantly than adults. In multiple research studies, scientists have found that children exposed to pesticides in utero and during early stages of development are more likely to have developmental delays and chronic illnesses. The American Academy of Pediatrics identified three locations in which young children are exposed to pesticides and synthetic products, including at home and on the playground. With childhood cancer on the rise, it’s more important than ever to monitor children’s exposure to these harmful chemicals.


Whether you are concerned about the environment or looking out for the health and well-being of your family, you’ll find many reasons to use switch to organic food and products. Although these products are often expensive, you can slowly begin to switch your pantry and medicine cabinet over, rather than using synthetics that contain endocrine disruptors and chemicals associated with cancer. By cultivating an organic medicine cabinet and pantry, you can ensure that your family comes into contact and ingests healthy, organic products and food. If you’re just getting started on your organic journey, then check out this guide to fourteen fruits and vegetables that you’ll want to buy organic. 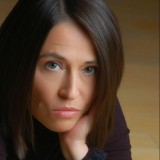 So glad you enjoyed your candle!

We bought a wax candle and was very pleased with the purchase. The smell was lovely and lasted for ages and ages. Well worth the money. I’ll be buying another one soon. SAVE 20% ON YOUR NEXT ORDER